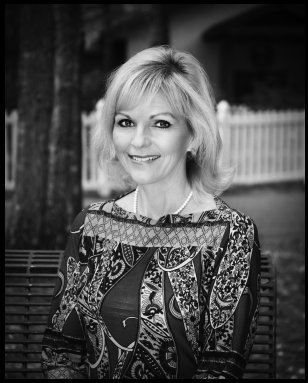 Kim Sandstrom is an award winning speaker, actress, director, and producer and playwright, who has encouraged, exhorted, and empowered audiences for a number of years. She covers many topics, from the grief of child loss to ultimate weight loss and fitness to “The Long Walk of Faith” (for faith based audiences), medical error and negligence, as well as motherhood, sexuality after 50, living with autoimmune disease and much more.

Ms. Sandstrom left Goshen, Indiana at 18, with scholarships in hand to graduate from the prestigious American Academy of Dramatic Arts, NYC. She also received her BA from Warner Pacific College in Portland, Oregon. She then joined the Army, ala Private Benjamin and served honorably for 3 years. Along came life as mom of 6. With her children in tow, she founded Hillsboro Artists Repertory Theatre in Portland, Oregon. HART is now in its 17th season and will be producing the world premiere of the original play by Ms. Sandstrom, entitled, Damselfly: The Diana Brookins Story, July 2012. This is the culmination of her work in the arena of patient safety advocacy. Following the death of her only daughter, Diana Christine Brookins, at age 25, ironically, on Nationally Patient Safety Day, July 25th, 2004, from medical harm incurred during a routine surgical procedure, Kim has worked under the auspices of Mothers Against Medical Error, drawing attention to medical harm and calling for empowerment of healthcare consumers. Feature articles about Ms. Sandstrom may be found in the New York Times, New York Post, Natural Awakenings Magazine (cover story), The Oregonian and other periodicals and publications. A 30 page chapter in the best selling book Fatal Care, by Dr. Sanjay Kumar, also tells Ms. Sandstrom’s personal patient safety advocacy story.

Ms. Sandstrom also speaks from a wealth of hard knocks experience regarding her own medical misdiagnosis story. In the 1990’s, after years of misdiagnosis, she was diagnosed with Lupus and rheumatoid arthritis. She suffered for many years and was nearly bedridden. Caring for 6 kids, and at the age of 45, she got up from a wheelchair, went to the gym, never looked back and lost 100 lbs and put her Lupus and RA into full clinical remission. She was also Mrs. Western Washington County/Mrs. America Pageant, the year following her weight loss. She is a member of Screen Actors Guild, MAME, Toastmasters International and many other civic and faith-based organizations. She is also a commercial on-camera and voice-over actress and model.

With a life full of adventures and misadventures, milestones and memories, “Kim leaves every audience with a call to action; either for themselves or for others. Each and every person she is speaking to is valued individually, and she makes you believe this deeply. You are richer for having heard her voice.” Susan Ergle, Founder – Saints on Stage Drama Force, Ocala, Florida.

1) Motivational! From Wheelchairs and Walkers to the Wonder of Willpower Walking!

How I lost 100 lbs and kept it off for almost a decade. As a Lupus sufferer, from a young age, I had gained nearly 100 lbs due to medications and disability. A stunningly honest letter from my teenage son, in 2003, was my ah ha! moment! I describe my 9 month journey to fitness and remission and how I have kept the weight off since. My teenage son is now a professional and internationally ranked MMA fighter in the UFC, having won The Ultimate Fighter on Spike TV in 2010. An exceptionally uplifting story on recovery from serious disability to better physical, mental and spiritual well being. Often comedic, this gritty, realistic, natural approach to weight loss hinges on one important concept: changing the way one thinks. In very practical layman’s terms, I offer a step by step process on how I was able to accomplish one of the greatest goals of my life.

This subject covers the loss of my only daughter, Diana Christine Brookins, to a medical error, in 2004. I share the story of my grief and how I battled back to live again. I am also a published author on the subject of grief through faithwriters.com. Highly emotional and inspirational. Delves into practical, realistic ways to live again following the loss of a child. Bittersweet and sometimes, funny, in an endearing way. I make every effort to be warm and encompassing with my audience, leading them into better ways of living with loss.

3) Informational and a call to action! Damselfly: The Diana Brookins Story.

A mother’s journey from loss of child to medical error and negligence to activism on behalf of pubic safety. Following the death of her oldest child, Diana Christine Brookins, Ms. Sandstrom embarked on a campaign to inform the public of patient safety issues and recount the 110 days of hospitalization that my daughter endured following a routine surgey. Diana Brookins is the sister of Jonathan Brookins, UFC, rising star. She died at 25, a week following the birth of her only child. Diana’s story has been taken to the White House, Harvard, Oregon Patient Safety Commission breakfast for National Patient Safety Week and Rasmussen College, Ocala, Florida as well as National Patient Safety Day events in Aiken, SC, Washington, DC and Orlando. Ms. Sandstrom is a member of Mothers Against Medical Error, a patient safety advocacy organization, founded by friend and internationally recognized, patient safety activist, Helen Haskell.
Ms. Sandstrom has written a full-length play entitled Damesfly: The Diana Brookins Story, set to have it’s world wide premiere in Portland, Oregon July 2012. Themes include; patient safety advocacy,. alternatives to modern medicine, surgery, less invasive practices, encouraging a caring culture, medical error, medical negligence.

4) Motherhood! Motivational and bittersweet. Magic Number 7 or How My Kids Grew UP and achieved in spite of ME!

As a mother of 7, ages 33 to 7, I speak about life long mothering, the ultimate test of a mom (letting your child go back to God), the challenge of addictions, raising small children after the age of 50, parenting a grandchild, encouraging greatness, tough love/tiger love, raising superior athletes (1 of my children is a professional athlete; Jonathan Brookins, UFC fighter). Humorous, challenging, affirming, inspirational, emotional. Themes are life long parenting, perserverence, faith.

5) Madonna, Men, and Mid-life: Reclaiming yourself: individuality. femininity and sexuality after 50!

Ms. Sandstrom, tells her true-life story that is humorous and inspiring. As an actress who toured the play “Shirley Valentine” for 15 yrs, she tells what it was like to “grow into the part”, find out that she was “Shirley Valentine” more than she realized, and how she walked her own “vision quest” to mid-life bloom! 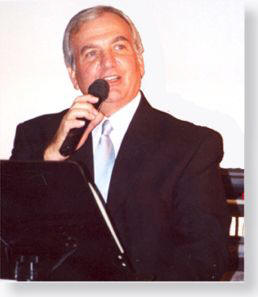 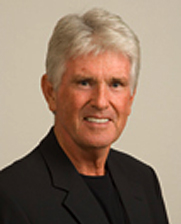