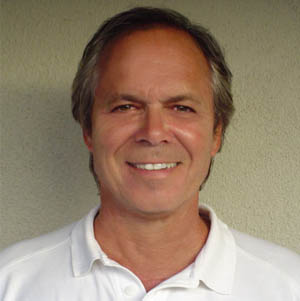 Mr. Alexander's combination of aerospace engineering and Disney theme park design skills have made him one of the leading innovators in the theme park business. After serving in Systems Engineering at Hughes Aircraft Mr. Alexander was selected to be Director of Project Management for Walt Disney's EPCOT and Tokyo Disneyland projects, and developed Disney's first 10 Year Master Plan.

Peter Alexander is the President of Totally Fun Company, where he designs and builds theme parks, resorts and theme retail in the US, Europe and Asia.

Previously, Mr. Alexander served as Director of Project Management for Disney’s EPCOT and Tokyo Disneyland where he learned the principles of Imagineering from the “Grand Old Men” who helped Walt design Disneyland. Additionally, he served as Executive Producer for Universal Studios creating such rides as “Jaws Attack,” and the “E.T. Adventure”, and also as Executive Producer for Six Flags Theme Parks.

Mr. Alexander has spoken on Disney Imagineering principles and theme design to Villanova University, the Urban Land Institute, American Gaming Association
among others and on leisure business issues to dozens of business groups. He has served on the Board of Directors of the Themed Entertainment Association.

— How Walt and his Merry Men created Disneyland.

— How Steven Spielberg manages his team and creates great films.

— How to manage Genius or even just Smart People.

— How these principles apply to your firm.

— Architecture is just the setting for the story.

— Use all the tools, video, entertainment, costumes, sound, and lighting.

— Some tricks of the trade – Forced perspective, foreground miniatures,
flame and water special effects in architecture, stage magic and more.

— How people feel in the space is more important than creating a monument (to yourself).

3) Feasibility Studies: Should We Do This Project or Are We Crazy?

— How to determine the feasibility of hotels, retail, restaurants
& theme parks.