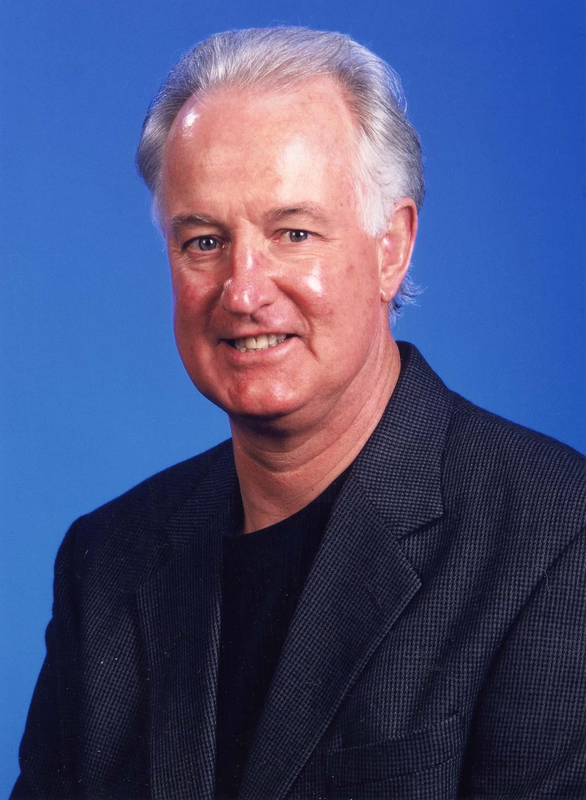 Pat Williams is a basketball Hall-of-Famer, currently serving as co-founder and senior vice president of the NBA's Orlando Magic. As one of America's top motivational speakers, he has addressed thousands of executives in organizations ranging from Fortune 500 companies and national associations to universities and nonprofits. Clients include AllState, American Express, Cisco, Coca-Cola, Disney, Honeywell, IBM, ING, Lockheed Martin, Nike, PriceWaterhouseCoopers and Tyson Foods to name a few. Pat is also the author of over 80 books, his most recent title being THE DIFFERENCE YOU MAKE: CHANGING YOUR WORLD THROUGH THE IMPACT OF YOUR INFLUENCE.

Since 1968, Pat has been in the NBA as general manager for teams in Chicago, Atlanta, Philadelphia—including the 1983 World Champion 76ers—and now the Orlando Magic, which he co-founded in 1987 and helped lead to the NBA finals in 1995 and 2009. In 1996, Pat was named as one of the 50 most influential people in NBA history by Beckett’s, a national publication. In 2012, Pat received the John W. Bunn Lifetime Achievement Award from the Naismith Memorial Basketball Hall of Fame.

Pat has been an integral part of NBA history, including bringing the NBA to Orlando. He has traded Pete Maravich as well as traded for Julius Erving, Moses Malone, and Penny Hardaway. He has won four NBA draft lotteries, including back-to-back winners in 1992 and 1993. He also drafted Charles Barkley, Shaquille O’Neal, Maurice Cheeks, Andrew Toney and Darryl Dawkins. He signed Billy Cunningham, Chuck Daly, and Matt Guokas to their first professional coaching contracts. Nineteen of his former players have become NBA head coaches, nine have become college head coaches while seven have become assistant NBA coaches.

Pat and his wife, Ruth, are the parents of 19 children, including 14 adopted from four nations, ranging in age from 26 to 40. For one year, 16 of his children were all teenagers at the same time. Currently, Pat has 12 grandchildren and counting…with twins due in July. Pat and his family have been featured in Sports Illustrated, Readers Digest, Good Housekeeping, The Wall Street Journal, USA Today, and Focus on the Family as well as all of the major network and cable television news channels.

Pat was diagnosed in February of 2011 with Multiple Myeloma. After several rounds of chemo treatments, Pat received a bone marrow transplant where the doctors injected him with almost 5 million of his own stem cells. Pat’s recovery from the stem cell transplant has been remarkable and the doctors are extremely pleased. While Multiple Myeloma is incurable the goal is to get the cancer into remission (Pat’s personal slogan has been “The Mission is Remission”); Pat’s doctors have told him that they are unable to detect any myeloma in his body. Pat has accepted positions on several boards for different cancer groups, including an appointment on the Board of Directors for the Multiple Myeloma Research Foundation. Pat spends many hours each week responding to emails and phone calls of others affected by cancer, offering hope and words of encouragement.

Pat was raised in Wilmington, Delaware, earned his bachelor’s degree at Wake Forest University, and his master’s degree at Indiana University. He is a member of the Wake Forest Sports Hall of Fame after catching for the Deacon baseball team, including the 1962 Atlantic Coast Conference Championship team. He is also a member of six other hall of fames around the country.

Pat provides managers practical and proven techniques for immediately increasing your productivity in a leadership capacity. In this thought-provoking speech, Pat details the seven keys to leadership and teaches how you can be an impactful leader. Learn how to create a personal strategy and develop a vision, communicate effectively with your employees and make profitable decisions. Pat’s humorous anecdotes and unique leadership philosophy make this one of his most highly-regarded presentations.

THE MAGIC OF TEAMWORK

When you see his diamond-encrusted NBA Championship ring, you understand that Pat is a master at building successful teams. Based on what he has learned from his experience in building sports teams for over 45 years, Pat offers proven principles for building a winning team in your business or organization. After implementing the techniques presented in this speech, you can expect an organization that will produce better results while working more cohesively.

To sell more effectively than ever before, it helps to look at those who have had the most success. Through relevant and amusing anecdotes, Pat reviews the qualities that helped Walt Disney become one of the most successful entrepreneurs in American history. Taking cues from Walt Disney and some of America’s other great successes, this talk offers pragmatic principles for exceeding business goals. An inspiring talk, especially when visiting the Orlando area, Walt’s Five Secrets highlight a magical, miraculous way of life.

FINDING THE WILL TO WIN

How have “The Greats” achieved such extraordinary success? How can you achieve the same results? In this speech, Pat discusses the qualities that the winners in life possess. Based on over 45 years in professional sports studying successful athletes and coaches who have produced great triumphs, Pat will teach you the secrets to becoming a more focused person, finding passion in your work and succeeding in the face of defeat. After hearing this speech, you will feel like you can conquer the world!

THE TEN KEYS TO QUALITY ORGANIZATIONS

Successful people know how important it is to have excellence in the workplace. In a fascinating seminar based upon his personal principles, Pat provides the ingredients of his recipe for quality. This fast-moving series of ideas and techniques offers the practical steps that can transform any organization into a quality organization. As one of Pat’s most requested talks, these keys to quality can be used by anyone to enhance not only their work life, but their work environment as well.

In this perceptive and practical speech, Pat presents the key steps needed to go from dreaming to achieving. Whether it is being a fantastic father or the top sales associate for your entire region, this developmental speech provides the blueprint for working and living a life full of passion, energy, imagination and creativity. You will see big changes in the results you seek. From executives to entry-level employees, this speech will increase your success and happiness, both personally and professionally.

In his realistic approach, Pat teaches how you can achieve great success while maintaining your values and integrity. An entertaining yet earnest account, Pat discusses the importance of developing core values and leading by example. This speech will leave you with meaningful solutions, a sense of purpose and specific material to reinforce your leadership role.

COACHING YOUR KIDS TO BE WINNERS

As the father of 19 children-including 14 adopted from four foreign countries-and a sports personality, Pat has plenty of experience and insights into being involved as both a friend and a mentor in a teenager’s life. In this invigorating speech, Pat gears his remarks towards parents and people working with today’s youth. Intimate and insightful, powerful and practical, this talk offers encouragement and instruction to fostering the relationship you desire with your children.

THE SIX WISDOM PRINCIPLES TO PURSUING YOUR DREAMS

Don’t drift through your world; seize it! In this fast-paced, in-your-face presentation, Pat challenges the audience to not only plan your ideal future but to achieve it, as well. Using the proven principles passed along to him by his mentor, oil tycoon R.E. Littlejohn, Pat provides the road map from goal-setting to goal-achieving. Students, parents and teachers will remember this speech as one that changed their life.