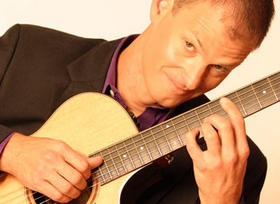 Mike Rayburn is one of the youngest inductees ever into the Speaker Hall of Fame, he has headlined on the strip in Las Vegas, and received standing ovations at all eight of his command performances at Carnegie Hall.

Mike Rayburn is a captivating keynote artist with a presentation completely unlike any you’ve ever seen! Having been called “the World’s Funniest Guitar Virtuoso,” Mike uses his astounding guitar creations, uproarious songs, and veteran presentation skills to encourage, challenge and inspire his audiences to leap beyond their perceived limitations. He can focus his program completely on entertainment, depending on your needs. Mike draws from a wealth of life experience as an adventurer, business owner, comedian, world-class guitarist, author, philanthropist, husband, and father, to deliver a presentation which is motivational, hilarious, and musically amazing!

Just to set foot on the stage at Carnegie Hall is a career moment for any performer. Mike Rayburn is one of a handful of people in the world to become a regular headliner at Carnegie Hall and to have recorded a live “Mike Rayburn at Carnegie Hall” CD . However, Mike performs most often for the world’s leading corporations and associations, doing more than 100 presentations every year. Some clients have booked Mike as many as 10-12 times! His program is so unique he has been featured in USA Today, Newsweek, Billboard, Gig, Programming, American Entertainment, and Successful Meetings magazines.

In his hilarious, musically amazing,motivational keynote, “What If…?” Mike Rayburn does what no other presenter can do. Not only is Mike a world-class guitarist and stand-up comedian, he is an authority on personal development and human potential. In this energetic presentation Mike uses his guitar and comedy to teach three simple, powerful tools attendees can use immediately and forever to access their unrealized potential, to look at old things in a new way, and to leap beyond their perceived limitations. These are the tools which took Mike from playing for seven people in a bar in Virginia to standing ovations at Carnegie Hall. They work. For anyone. And everyone. Always.

•Three simple, powerful tools you can use immediately and forever to access the gold mine of unrealized potential inside you.

•The most powerful motivational force on this planet! (hint… it is not power, sex, money, or fame).

•The most basic human brain function and how to harness it for powerful change.

•That managing change is not only stupid, it’s dangerous. The only way to manage change is to create change… to define the curve rather than follow it. You’ll learn how to do that.

•How to set goals which take you or your organization beyond what you’ve imagined is possible.

•The power of a sense of purpose and how to draw from it as a source of strength and renewal.

•How to become a virtuoso… A simple, powerful 10-minute exercise which will show you how to master the things that truly matter. 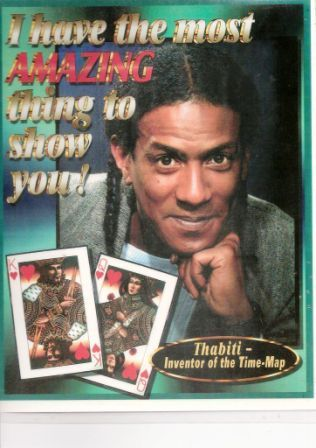