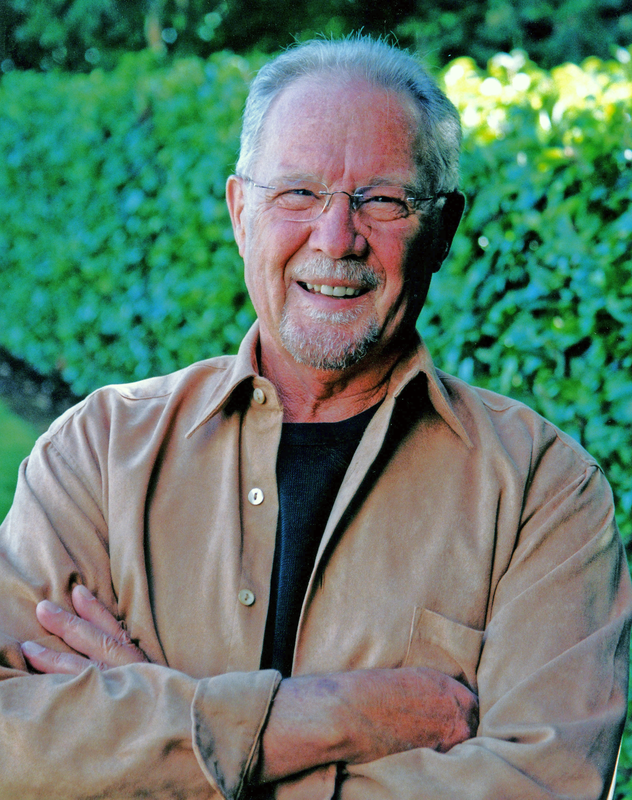 It was a long journey from the edge of a Native American reservation in northern Idaho, where he grew up; to the Beatles' last performance on a London rooftop, but Ken Mansfield's life has been quite the magical mystery tour. His impressive resume includes tenures as the U.S. manager of the Beatles' Apple Records, director at Capitol Records, vice president at MGM Records, president of a CBS Barnaby Records, the producer to the Outlaw movement, which redefined country music in the 70's, plus producing Bill Gaither's phenomenally successful “Homecoming” album that launched the incredible stadium gospel Homecoming reunion series. Today Mansfield is an ordained minister, a respected author and speaker, and travels with his wife Connie sharing his unique testimony across the country.

Religion and The Beatles

Joining Forces
Ken Mansfield joined the Navy when he was 17 years old. He boarded a plane in Spokane, Washington and it was eight degrees below zero. When he got off the plane in San Diego the temperature was 78 degrees. He was all bundled up in heavy wool and he looked out the window and saw people in t-shirts and shorts. By the time he picked up his baggage, he was a Californian. He finished his tour of duty and returned to Southern California to earn a Bachelor of Science degree from San Diego State University. Through unusual twists and turns, he ended up in Hollywood and the music industry.

Climbing the Ladder
The beginning of Ken’s industry career as an executive started at Capitol Records in 1965. The five years he spent at that great company will always bring about special memories of the business. Think how incredible those years were. It was a changing of the guard as far as the type of recording stars that were popular. He was able to work with Stan Kenton, The Four Freshmen, Peggy Lee, Judy Garland, George Shearing, and Cannonball Adderly – famous artists like that as their careers and time in the spotlight were fading. From there it went to Lou Rawls, Nancy Wilson, Bobbie Gentry, Glen Campbell, Buck Owens, Merle Haggard era and then evolved into the Beach Boys, Beatles, Badfinger, James Taylor, Steve Miller, Quicksilver Messenger Service, and Bob Seger bands. They were the greatest artists of the decade and Ken was young and a go-getter who shot right up through the ranks so fast that within two years he had almost as many people reporting to him as the President of the company. Ken thinks very few people received the education that he did from that experience. Plus the fact that as a young listener he grew up with the rockabilly songs of Elvis, Gene Vincent, Bill Haley and the Comets etc. which gave him a broad musical perspective by the time he went to work for the Beatles.

Behind the Scenes with the Beatles
One of the things that was amazing about working with the Beatles was not only did they ask Ken to run their company in America for them, but in the process Ken became their personal liaison between the UK and the United States. If Paul wanted to come over without anyone knowing he was going to be in the country, if Pattie Harrison wanted to go shopping and needed a sidekick who knew their way around L.A., or if John Lennon saw a pair of cool sunglasses in Vogue magazine that were sold in a boutique in Beverly Hills, Ken was their guy in America and so he became very involved in their personal lives. The thing Ken enjoyed the most was that he had more than a business relationship with them. Because Ken and the band members got to know each other early on in their twenties, Ken eventually was classified as an old friend as years passed by. It is very special in that when looking back – they went through some stuff together. Being on the rooftop of Apple Records London offices on 3 Savile Row for the Beatles’ final performance would be the highpoint of Ken’s music industry career. There were only a handful of people up there that day and it is definitely one of the most historic moments in rock ‘n’ roll. Those who shared that experience and are still here will be bonded by that day forever.

Working with Andy Williams
Ken left Apple when the Beatles empire began falling apart and accepted a VP position at MGM. He was on top of the world as a music industry executive when Andy Williams hired Ken away from that prestigious position to become president of his CBS label Barnaby Records. During their first meeting it didn’t take them long to realize just how common they were and they felt great comfort in knowing that about each other. Ken grew up in Idaho and Andy grew up in Iowa, and so they were really able to enjoy the perks of their new and exciting life because they knew where they came from. Andy had a personality that simply made a person enjoy being with him. In fact, Ken and Andy had a problem taking care of business because they were having such a good time, whether it was going to New York, Las Vegas, Lake Tahoe, Palm Springs or just hanging out in Beverly Hills and Hollywood. They enjoyed the good life like a couple of kids.

A New Movement
Ken left Barnaby CBS to become the producer of the Outlaw Movement with Waylon [Jennings], Willie [Nelson], Jessi (Colter) and Tompall (Glaser) etc. and this ironically was the most exciting time for him during his music industry days. The Beatles were already famous when Ken went to work for them so he didn’t have anything to do with their success. He was involved with it, but he didn’t create it. With the Outlaw Movement Ken and his group took that phenomenon from the ground up. They went from Waylon playing in bars, and acting as an opening act in small venues, to headlining major concerts at sold-out auditoriums. It was just incredible. During that time Ken produced his first No. 1 record – “I’m Not Lisa” with his outlaw wife Jessi Colter and to this day that remains a personal highlight of Ken’s career. he followed that with Waylon’s 1975 No. 1 landmark album recording, “Are You Ready For The Country” and several more hits with the Outlaws.

More to Life Than Commercial Success
There were two super talents that Ken worked with and although neither project was a big success they were his favorites. Ken was invited to produce Don Ho and he turned out to be one of the most unusual people Ken ever met. When he went to Hawaii for pre-production, it was like being a guest of a king or like being with Elvis. The other artist that just blew Ken away was David Cassidy. Ken initially turned down that project because he thought ‘I’m the Waylon type guy, the Outlaw guy, I’m happening right now and this is a once famous teeny bopper. It’s just not me.’ But per our mangers’ requests David and Ken met for dinner one night just to see how they got along. Within ten minutes, they were best friends, and in the process Ken realized that he was extremely talented. Ken has admitted it was the most fun he’s ever had making a record. He’s never heard anybody have a better laugh. It just comes from the bottom of his soul and lights up a room.

The Gospel According to Gaither
Producing the very first “Homecoming” album for Bill Gaither back in 1991… Ken was totally naive about what he was doing at the time, about how legendary it would become. He didn’t grow up with gospel artists. He knew these people were special, but when he was listening back to the finished album prior to its release, one of the guys in the Gaither Vocal Band said, “You know we’re going to win a Grammy with this! We’re going to win a Dove!” Ken thought to himself, “Oh, you poor, misguided soul, this is not going to win any big awards….this is a gospel album. It is a great record, but I’ve been down this road before and hoped for that kind of recognition many times.” Ken was stunned and embarrassed for his lack of faith when it won both awards.

Born Again
Ken’s conversion to Christianity would, of course, be the biggest thing in his life. His wife, Connie, is the one that brought him to the Lord – he tells people the first person he sees every morning, when he wakes up, is the person who saved his life – that’s a pretty good way to start your day. Their marriage was a new beginning, a leaving of the old ways behind and delving into God’s ways and letting the simple act of seeking His face be a new direction in life. The most amazing thing is once Ken left all that world stuff behind God made him brand new. He gave Ken a new purpose – to go back out on the road and tell his story – then he got to see people change their lives because of his testimony. God surely has a sense of humor and a very special way of doing things. To come up with the idea of turning his decades of decadence into being used for His eternal purpose is sheer genius! He is the single greatest economist of all time – He will use our past, good, bad or indifferent for His glory once we accept Jesus as our Lord and Savior.

The Beatles Bible and Beyond

Ken and Connie now spend their days on the road speaking at churches, special events and colleges across the nation. Because of his broad and fascinating background Ken’s unique outreach event draws many seekers who normally wouldn’t step inside a church or a Christian oriented event. As an author he has penned such top selling titles as The Beatles, The Bible and Bodega Bay (Broadman & Holman), The White Book: The Beatles, the Bands, the Biz: An Insiders Look at an Era (Thomas Nelson), Between Wyomings (Thomas Nelson) and his latest, Stumbling On Open Ground (Thomas Nelson).

Christian Testimony entitled: The Beatles the Bible and Beyond (About the decadent raucous young years in the 1960s-1980s rock business and my conversion to Christianity. A powerful event for churches.

Secular discussion of the Beatles and the rock and roll scene of the 60s-80s. Designed for colleges and secular venues such as conferences, men’s groups etc.