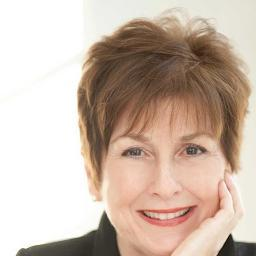 Kathleen Cox is a motivator, storyteller and humorist who calls herself a Reinvention Specialist.

What else could she be having attended 7 schools; lived in 13 cities, 6 states and the District of Columbia? Whose resume includes: Degree in political science; work experience as a Pan Am stewardess, horse breeder, publicist, marketing executive, special event producer, author, professional speaker and director of equestrian theatrical productions.

A sense of humor has been mandatory; stories and adventures inevitable.

Risk taking, courage and reinvention are in Kathleen’s DNA. Her mother, LeOna Kriesel Cox, about whose adventures Kathleen’s book, Destination Unknown, Adventures of a WWII American Red Cross Girl (amazon.com), was written, walked away from every security she had ever known and sailed into the worst conflict in human history.

LeOna was a reinvention specialist, risk taker, motivator, author and teacher. The apple did not fall far from the tree.

Kathleen Cox resides on the South Shore of Boston.

What Does It Take?

What does it take in 1943, for a 27-year-old teacher from small-town Minnesota, to abandon everything and enter the greatest conflict ever known in human history, World War II?

What does it take for a single mother of two, who lived in the woods with five horses, five cats, two dogs, a goat and a degree in political science to reinvent herself as publicist to the rich and famous and theatrical impresario?

What does it take to manage creative types such as the One-Armed Bandit and Pistol Packin’ Paula plus their horses, buffalo, bulls, mules and zebras? How about an organ grinder and a monkey with an attitude?

It takes courage, creativity, diplomacy and a whole lot of resiliency. This is a humorous talk about real-life adventures, people, challenges and reinvention. This talk is for those in management, people in the midst of challenge, and everyone who loves a good story.

This is the story of LeOna Kriesel, a 27-year-old college teacher who answered the call of duty in 1943, and went to war. LeOna, who hailed from a small town in Minnesota, left behind all the security she had ever known, friends and family, and said, “YES!” to the American Red Cross.

Until 1945, LeOna managed Red Cross Social Clubs for enlisted men in North Africa and Italy. It was the adventure of a lifetime; before it was over LeOna had met Pope Pius XII, and cut a deal with him, kept a crazed GI from killing a medic and faced down the Italian Mafia.

This is a behind-the-scenes look at World War II, and the adventures of a gutsy woman who made a difference.

One thing I’m quite sure of is that it doesn’t matter whether change is self-inflicted or delivered. It only matters what you do with it.

Make It Fun and Here They Come!

Stop asking, “How do we stand out in a crowd? Attract new customers? Get attention?” Start thinking FUN!

People like to be entertained, they like to feel welcome and valued; they like to belong. So give them what they want. Create experiences, welcome everyone to join you, offer hospitality. Host or give an enticing lecture with great video and pictures; put on a show, or a parade. Offer a unique retreat or adventure.

Come to this talk prepared to take notes. You’ll leave with plenty of ideas for having fun and creating the outcome you want.