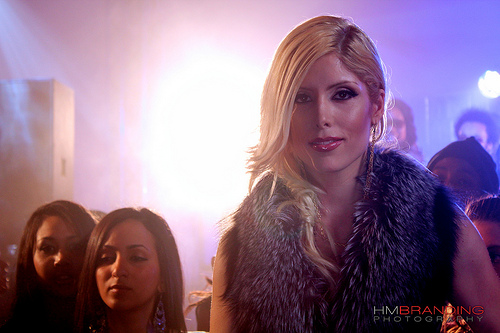 Karina Bradley was destined to be a Diva. When she was a child she had a passion for the performing arts, dancing, singing, drama and song writing. You name it Karina was into it. Karina realized early on that her passion was more than just a hobby. As a kid, Karina was a child star. Her voice was angelic, at an early age Karina was discovered and she began her singing career. Even as a child, Karina Bradley stood out. She performed in front of thousands of people before she even had her driver's license!Karina Bradley was also a very much sought after model. She worked with many talented agencies. Karina even modeled for Victoria's Secret (fashion show). Karina decided to take a step back from her singing and modeling career to focus on her education. She majored in Pre-Med. She completed her third year in Pre-Med at Drexel University and decided that she wanted to go in another direction. People would be shocked to know that Karina Bradley went on to become a Vice President of a national company, Dealer Synergy Inc. Karina is also a successful entrepreneur, she owns three companies:

Karina was born in the Bronx, NY, but now resides in Philadelphia. She is currently working on her debut album entitled, Party Like There’s No 2morrow and its scheduled release is for Summer 2011. Some of her hit singles that have been released include “Buy Me That”, “Dance Floor Diva”, “Damn I Look Good”, “Get Loose” feat. Young Chris and Jay Bezel, and “Never Mind Love” feat. Meek Mill. Although her primary focus is singing, Karina further shows her musical versatility by rapping on a “Party Like There’s No 2morrow”,“We Slid Remix” and the “Look at Me Now Remix”.

Karina has been interviewed live on Eminem’s Shade45/Sirius Satellite Radio Station. Her first appearance was with DJ Kay Slay and her second with G-Unit Radio Host Miss Mimi. Both DJs endorsed Karina as the next up and coming superstar. KB has radio spins across the country, including Hot 97 in New York City. Karina Bradley is about to launch a major radio campaign for her club smash hit, “Party Like There’s No 2morrow”.