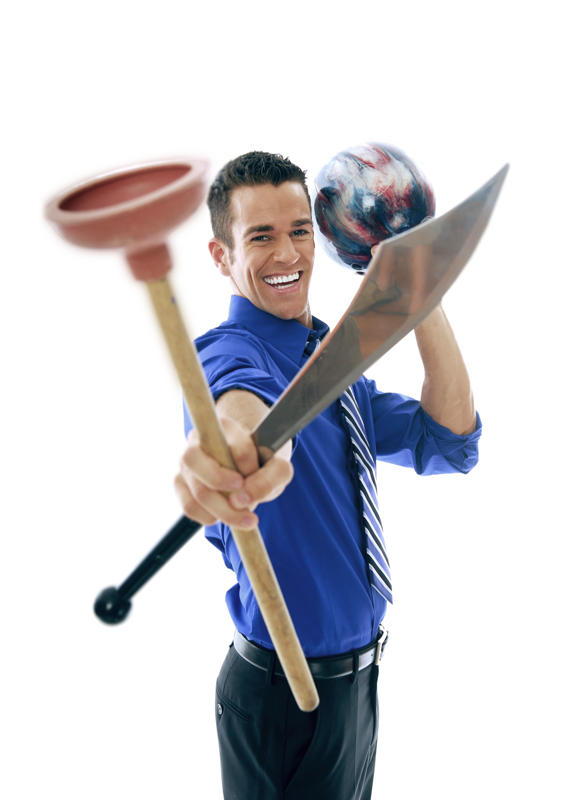 Jeff Civillico is an entertainment dynamo! His high-energy Comedy in Action show delights audiences nightly at Caesars Palace on the Las Vegas Strip. Jeff balances his full-time Vegas gig on The Strip with a busy road schedule, performing at major corporate events nationwide not only as a clean comedy entertainer, but also as an emcee, a speaker, and a team-building workshop leader.

Jeff Civillico is a Vegas-based headline entertainer who blends his perfected art of juggling with friendly audience interaction and insane amounts of energy. When Jeff is not appearing at major corporate events nationwide, he is performing his Comedy in Action show on the Las Vegas Strip. He is thrilled to have his own dinner show at Caesars Palace, and to work regularly as a guest performer in Nathan Burton: Comedy Magic at The Flamingo.

Jeff currently serves as the Membership Chair for the National Speakers Association of Las Vegas, and President of the Georgetown University Alumni Club of Las Vegas. His latest endeavor is Win-Win Entertainment, a non-profit Jeff recently created which pairs performers willing to donate their time and talent with charity organizations in need of entertainment. He is excited to be on the membership committee of the Young Non-Profit Professionals Network of Southern Nevada, and to get more involved in the non-profit space.

Jeff is also ridiculous. He holds a world record for bungee jumping on his unicycle off a cliff in New Zealand, and goes “joggling” for fun. “Joggling” = juggling while jogging. He raised $5000+ as a team member of “Athletes for Special Kids” by joggling all 26.2 miles of the Disney Marathon.

His zany lifestyle, boundless energy, and contagious spirit create an unforgettable entertainment experience. Don’t take our word for it– see what his past clients say.

Jeff’s value as a clean entertainer, event emcee, and workshop leader reaches far beyond his impressive resume. Jeff consistently brings diverse groups of individuals into a mutually affirming and positive state of mind. His skill as a comedian is enhanced by his mastery of group dynamics, tailored improvisations, and audience interaction.

Event planners marvel at Jeff’s ability to reboot a productive atmosphere at even the driest meetings. Jeff sets the tone for impactful presentations and injects a lasting dose of positivity and optimism into any banquet, conference, or convention.