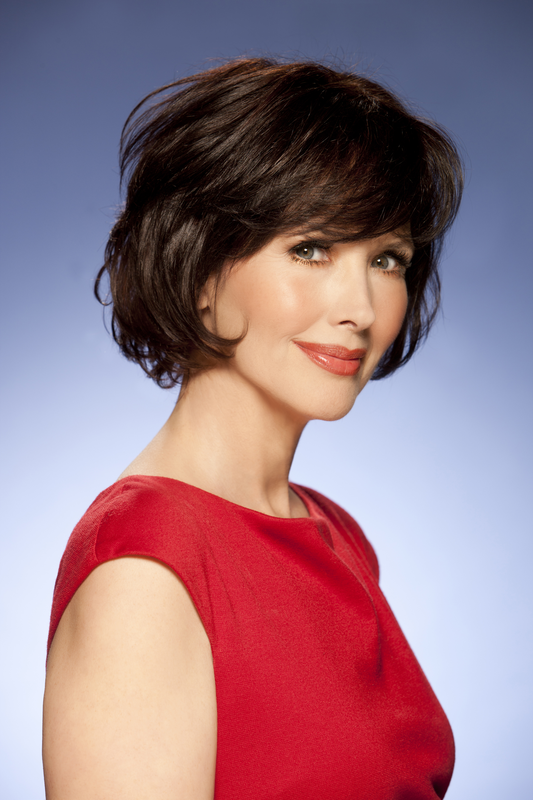 Janine Turner is an Emmy and three-time Golden Globe nominated actress known to millions of fans for her role in the hit CBS TV show, "Northern Exposure." Most recently, Janine just completed filming the movie, "Solace," starring opposite Anthony Hopkins which is to be released in 2014. Janine's lustrous career includes starring in NBC's "Friday Night Lights," Lifetimes' "Strong Medicine" and feature films such as "Steel Magnolias," "Cliffhanger" with Sylvester Stallone, Robert Altman's "Dr. T and the Women" with Richard Gere, and Universal Pictures' "Leave it to Beaver," as June Cleaver. Please Contact Us For Janine's Rates

Anita Perry, First Lady of Texas said, “After hearing Janine speak, I felt inspired, touched, motivated and – quite frankly – in awe. Her speech was riveting.”

Ed Gillespie, former chairman of the RNC said, “Janine is a rare mix of talented actress and principled committed conservative. Her understanding of how entertainment shapes our culture makes her a potent force and sought after speaker.”

Governor Sarah Palin said, “Actress Janine Turner was an eloquent supporter, particularly on the subject of women in politics and the strength and value of single moms who are committed to raising solid citizens.”

Chris Wallace of FOX News Sunday said, “Like a modern-day Paul Revere, (Janine)Turner will keep spreading the word about our founding principles.”

As a speaker, Janine has inspired audiences, partial listing below:

As a radio talk show host, Janine has won a whole new following. Her show, “The Janine Turner Show,” was named the Best Talk Radio Show for 2011-2012 by the Dallas Observer.

As an author, Janine wrote the Washington Post bestseller, “Holding Her Head High: 12 Single Mothers Who Championed Their Children and Changed.”

As a director, Janine won “Best New Director” at the Deep Ellum Film Festival in Dallas, TX for her short film, “Trip in a Summer Dress.”

As a Christian, yoga enthusiast and singer, her Christian Yoga DVD and soundtrack, plus her singing album debut with her daughter, “Mockingbird Hill,” are unique and highly regarded.

As a patriot, Janine is founder and co-chair of “Constituting America,” the only organization that utilizes arts (movies, song, and television), culture, social media and the internet to inspire students and adults to learn about the U.S. Constitution.

For her work with “Constituting America,” Janine was recently awarded the prestigious “Daughters of the American Revolution’s National Founder’s Award, The Mary Smith Lockwood Medal for Education.” Janine’s 15 year-old daughter, Juliette, has served as National Youth Director of “Constituting America,” since she was 12 and is the author of the book, “Our Constitution Rocks,” published by HarperCollins/Zondervan. Juliette wrote the book when she was 12. “Our Constitution Rocks” was released in September,2012 and is already in its second printing.

As a political commentator, Janine appears regularly on “The O’Reilly Factor,” the nation’s highest-rated cable news show. She has also appeared on Hannity, Glenn Beck, Neil Cavuto, and Megyn Kelly, amongst many others. She is a columnist for Pajamas Media and has published columns in “The Washington Examiner,” “Politico,” “The Daily Caller,” and the “Fox Opinion.” Janine wrote 85 essays on the “Federalist Papers” in 2010.

What Would Our Founding Fathers Think?

As the nation faces continued unemployment, global What Would Our Founding Fathers Think? As the nation faces continued unemployment, global economic crises and continued national security threats, Americans appear to be more politically divided than ever. As a well-known constitutional champion and founder of the non-profit foundation, Constituting America, Janine Turner has appeared as a political pundit on FOX News, CNN and numerous national news programs to discuss America
and its founding principles. A frequent contributor on Politico, FOX Opinion and The Daily Caller, Janine has written 90 essays on the U.S. Constitution and The Federalist Papers. Drawing on her constitutional research and knowledge, Janine poses the question, If our founding fathers returned to see the America of today, what would they think of the direction in which our country is headed? And what can each one of us do to uphold the U.S. Constitution and the freedoms it guarantees to all Americans?

Life on the Front Lines of the Culture Wars.

America is at a crossroads. As liberals and conservatives debate the future direction of our nation, many conservatives say Hollywood has glamorized and promoted a wide range of behaviors seen as detrimental to the nation’s moral and social fabric: From violence and profanity to graphic and gratuitous sexual content, Hollywood – and its stable of politically active, liberal celebrities and producers – has launched a frontal assault, conservatives say, on traditional American values. Janine Turner is no stranger to this battle. A celebrated TV and film actress (Northern Exposure, Friday Night Lights, Cliffhanger, Steel Magnolias), Janine – the proud daughter of a West Point graduate and Air Force pilot – is one of the few celebrities to openly proclaim her conservative beliefs. Drawing on her own experiences, Janine discusses how
her career has suffered as a result of her refusal to remain silent in the face of Hollywood’s liberal monopoly, and offers her perspective on the current state of America’s culture wars.

Author, actress and constitutional champion Janine Turner has appeared on America’s most popular national news shows to discuss current affairs, politics and the resurgence of interest in the U.S. Constitution and America’s founding principles. As the founder of the non-profit foundation, Constituting America, Janine has launched a national initiative aimed at engaging America’s youth and citizens in learning about the Constitution. She has written scores of essays, blogs and commentaries, both on this cherished document as well as The Federalist Papers. Drawing on her constitutional
knowledge and research, Janine discusses what everyday Americans can do to embrace and support the Constitution today.

As a top model and celebrated TV and film actress (Northern Exposure, Friday Night Lights, Steel Magnolias), Janine Turner has amassed an impressive list of screen credits while expanding her career as an author (Holding Her Head High), radio host and founder of the non-profit foundation, Constituting America. A Wilhelmina model at 15 and a Hollywood actress at 17, Janine began her career at an early age. But success didn’t come easily. Along the way, Janine faced numerous obstacles, including the cut-throat competition and repeated rejections for which Hollywood is renowned. In fact, Janine recalls being down to her last $8 when she won the lead role in the acclaimed television series Northern Exposure. She even once calculated that on her way up the Hollywood career ladder, she received 10,000 “Nos” before achieving success. In this motivational presentation, Janine draws on her own experiences to outline the “10 Steps to Triumph” and how each of us can define our destiny, turn tribulations into triumphs and persevere with praise.

Finding the Joy in Single Parenthood.

Actress and author Janine Turner is best known for her roles on Northern Exposure, Friday Night Lights and in movies like Steel Magnolias and Cliffhanger. But Janine’s most challenging – and rewarding – role is undoubtedly being a single parent to her daughter, Juliette. Drawing on her Washington Post best-selling book, Holding Her Head High: 12 Single Mothers Who Championed Their Children and Changed History, and her own personal experiences, Janine recounts the struggles of juggling her multiple careers as an actress, teacher, author and radio host while running a working ranch and raising her daughter.
It’s a struggle with which millions of single parents can relate, and with humor and enthusiasm Janine shares her secrets for finding the joy of single parenting amid the hustle and bustle of daily life.

Keeping the Faith in Troubled Times.

As an actress, author and political commentator, Janine Turner would seem to have it all. Yet like all Americans, Janine has struggled with both inner demons and external forces throughout her life. From the highly competitive world of professional modeling to life in the Hollywood fast lane to single motherhood, Janine has relied upon her strong Christian faith to strengthen her resolve in troubled times. Janine has shared her message of hope and faith with numerous churches and faith-based organizations, and in this presentation she shares stories from her own life as well as the spiritual lessons that have comforted and sustained her.

Millions of Americans struggle with drug and alcohol dependency. At a time when a faltering economy, high unemployment and national security threats heighten the stress and anxiety felt by many Americans, substance abuse issues can become more prevalent, causing individuals to spiral out of control, destroying lives and families through a never-ending cycle of dysfunction, denial and violence. Yet substance abuse is by no means a modern problem. Passages from the Bible recount the destructive influence alcohol can have on a person’s ability to maintain healthy, loving relationships. As a recovering alcoholic with two decades of sobriety, Janine Turner discusses her own battle with alcoholism while sharing a powerful and inspiring message of hope and faith that substance abuse can be successfully conquered.

Actress, author and radio show host Janine Turner has given numerous speeches on a variety of health issues that affect women, including breast cancer and substance abuse. A former ballet dancer and apprentice to the Fort Worth Ballet, Janine’s success in the modeling and acting fields came hand in hand with tremendous pressures to be extremely thin. She has also struggled with alcoholism. Drawing on her own experiences – including her practice of Christian yoga, or “Christoga” – Janine moves, motivates and inspires audiences with her personal stories and heartfelt strategies for achieving physical, emotional and spiritual wellness.