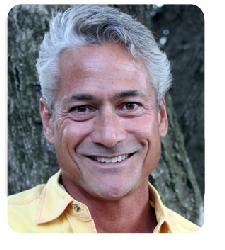 Greg Louganis began competing in diving at age 10. By 16, he had won his first Olympic medal, a silver medal on the platform in 1976. At 24, he became the first man in 56 years to win two gold medals in diving by winning both the platform and springboard events. In 1988, competing against divers half his age, he became the first to win double gold medals for diving in two consecutive Olympics. Greg is a six time World Champion and has held 47 National Championship titles. At the Pan Am Games he earned six gold medals and in 1985 he was awarded the Sullivan Award as the nation's most outstanding amateur athlete.

Greg Louganis is clearly the world’s greatest diver and a fine athlete. At the 1988 Olympic Games he was awarded the Maxwell House/United States Olympic Committee Spirit Award as the Olympic athlete who had best exhibited the ideals of the Olympic spirit, demonstrated extraordinary courage and contributed significantly to the sport.

Outside of diving, Greg also exhibited his broadcasting talent when he co-hosted segments on Good Morning America during the Atlanta Olympics, a first for an openly gay athlete. His video, Looking to the Light, a feature length visual diary of his life after Breaking the Surface, details how his story has influenced so many people. Greg’s recent book, For the Life of Your Dog, is about the challenges and joys of living with and caring for dogs, one of Greg’s favorite pursuits.

Today, Greg speaks out on the obstacles he has overcome with a warmth and grace that embody the Olympic spirit. A popular speaker for universities, community associations, health care organizations and corporate groups, his honest message of acceptance and understanding has inspired millions around the world.