Ed Tate is a successful trainer, author, international keynote speaker and executive known worldwide as “the speaker who energizes, educates and entertains.”

As a trainer, Ed launched his career with Career Track, formerly one of the largest seminar companies in the world, where he was frequently requested and booked for over 100 dates per year. Later, he became the Training Executive for the Denver Rocky Mountain News where he established a training department with over 27 programs and 1,100 employee-attendees each year. In 2001, Ed led a transition team to merge the 145-year-old “Rocky” with its 125-year-old rival, The Denver Post, in a deal that involved more than 5,000 people.

As an author, Ed co-wrote Motivational Selling: Advice on selling effectively, staying motivated and being a peak sales producer. He was also a contributor to Stories Trainers Tell (2003, Jossey-Bass Pfeiffer) and The Seven Strategies of Master Presenters (2004, Career Press). Additionally, Ed co-produced the six-CD audio album, Speaking Secrets of the Champions and the four-CD audio album, Connect with Any Audience.

As a speaker, Ed is respected and sought after throughout the world. In the well-known Toastmasters world, Ed won the coveted Toastmasters International 2000 World Championship of Public Speaking, finishing ahead of 175,000 members from 70 countries. To date, he has spoken professionally in 46 states, 12 countries and on five continents.

Ed’s success in business has spanned more than two decades. For 14 years, he was a successful national account executive selling over $500 million in products and services to corporations and entrepreneurs throughout the United States. He co-created two business units that produced over $1.25 billion in revenue.

Since 1998, Ed has been principal of Ed Tate & Associates, LLC, a professional development firm that provides keynote and endnote presentations and workshops, as well as in-person and do-it-yourself tools and expertise on Leadership, Executive Presentation Skills, The Challenges of Change, Management, and Sales Presentation Skills. 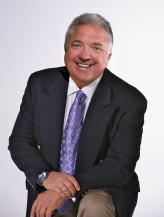