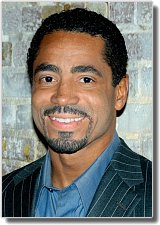 Curley "Boo" Johnson played for 18 seasons (1988-2006) for the internationally renowned Harlem Globetrotters. Curley inherited the role of dribbling wizard made famous by Marques Haynes and "Curly" Neal and became known as "The World's Greatest Dribbler."

Curley was a member of the team that participated in the enshrinement ceremony when the Globetrotters were inducted into the Naismith Basketball Hall of Fame in 2002. He was also part of the group that visited Pope John Paul II on November 29, 2000 in Rome. As a Globetrotter Curley also has had the privilege of meeting Mother Theresa and South African President Nelson Mandella.

After high school, Curley starred at Loras College in Dubuque, Iowa where he became the first athlete to have his jersey retired. Curley was on student senate and the student representative to the college board of trustees as well as homecoming king. Curley did not just dribble through Dubuque, he earned a degree in marketing at Loras.

He was nicknamed “Boo” by his father who not only was the first black player to play for Bradley University, but also led them to a National title in 1957. Curley “Boo” has been inducted the Peoria Sports Hall of Fame, Peoria High Hall of Fame, African American Hall of Fame, Spoon River College Hall of Fame and had the ultimate honor of having a street named after him on October 13, 2007.

Since retirement from the Globetrotters, Curley has been on the speaking circuit receiving standing ovations nationally. He has his own basketball academy and camp and trains some of the top names in the NBA. Recently he portrayed a sports agent in the upcoming motion picture Midrange and will also be featured in the motion picture Sweetwater. Nationally recognized sports journalist Chet Coppock is writing a book about his life story.

Curley has been involved in many humanitarian causes such as the Boys and Girls Club, YMCA, Family Rescue, Big Brother Big Sister, The United Way, Special Olympics, Make a Wish Foundation.

Finding Inspiration from Within

Leaving Competition in the Dust

Self-Respect and the Respect of Others 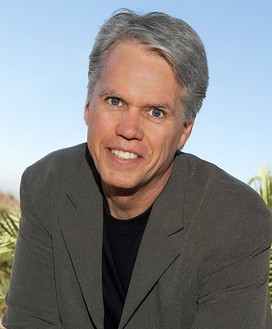