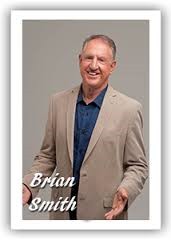 “Mr.UGG”, founder, writer, speaker and creator of one of the most famous brands in the world. In his late twenties, Brian Smith decided that a life in Public Accounting in Australia was not for him. He quit his job and went to California to look for a new business idea and to surf all the legendary breaks such as Malibu and Rincon he read about in surf magazines in his teens. Brian flies out of either San Diego or Los Angeles

Mr. UGG ~ The founder and builder of one of the most famous brands in the world!

It wasn’t long before he noticed that there were no sheepskin boots in California, so he and a friend brought six pairs from Australia to test.

That was the genesis of “UGG” which Brian built into a national brand over the next seventeen years. Growing too big for Brian to finance, he sold it to Deckers Corp In Santa Barbara. The new team built upon the “casual comfort” theme and through style development, merchandising and great marketing, established UGG as an International fashion brand with sales exceeding $1 Billion in the 2011/2012 seasons.

Brian, a “serial entrepreneur” has been asked by hundreds of people “How did you start UGG?”, “How did you build such a strong brand?”, “Can you help me with my new idea?” etc. He decided to write a book that chronicled the first seventeen years if the business.

Based upon his theme that “YOU CAN’T GIVE BIRTH TO ADULTS” he has created an inspirational call-to-action for potential entrepreneurs explaining that EVERY business has a “conception” of the idea, a “birth” by taking the first action on the idea, an “infancy” where the baby just lies there, through the “toddling,” “youth” and “teenage” phases before it reaches maturity as a stable business.

BUT…. It is not a business book per se: From his recollections, which span his entire journey, Brian humbly lays bare his emotional ride from the “AHA” that there are no sheepskin boots in America all the way through to “letting go” and “sending the baby off to college.” He honestly recounts the many failures and bad decisions he made, the small successes, the number of times he decided to “give up”, lucky breaks that kept him going and the astonishing perseverance that resulted in the successful sale of the Company.

Since selling UGG, Brian has started several new companies and has mentored scores of entrepreneurs through various stages of their growth. He is passionate about encouraging people to take action on their ideas.

Today the employment paradigm in the U.S. has shifted. Lifetime jobs no longer exist. U.S. unemployment is at its highest levels since the Great Depression. Millions of displaced and at-risk employees are wondering “What’s next?”
It is for those thousands or millions of people who have never set their dreams in motion because of their fear of the unknown, that Brian hopes his book “The Birth of UGG in America” will provide the comfort to take those “baby steps” that will lead to a fulfilling and happy life.

THE THREE GEMS OF PERSEVERANCE

Would you believe that I decided to quit the UGG business four times in the 17 years I spent building it? Learn the powerful philosophical truths that kept me “keeping on” to overcome seemingly impossible barriers and apparent defeat. Accentuated by real life stories from the early days of UGG, I take the audience on a trail of highs and lows, problems and solutions, that are applicable to every one of today’s businesses, and how exceptional customer service came back to save the company in its direst days.

This keynote talk has moved audiences from near-tears to standing ovations, as listeners identify situations in their own businesses and rally to new possibilities.

THE NEXT BIG THING: HOW TO FIND AN “UGG” OPPORTUNITY

Targeted to college students in business and entrepreneurial schools, I explain the main secret for them to discover their own path, and recognize opportunity as it presents itself. Using this secret, I give case studies of how several people have gone from “no clue” to becoming passionate about their chosen fields. I continue to show the various phases of start-up common to all new businesses and provide solutions.

Every business that exists started with someone “CONCEIVING” the idea. The first action gave “BIRTH” to the business, and invariably the long period of “INFANCY” set in. I describe how to get through this period until the business/service becomes a “TODDLER” then progresses to “YOUTH,” a fairly easy stage of every business. BUT, IF the business/ service is a good one, the “TEENAGE” period can be one of disruption and chaos until the administrators implement the controls that steer the ship to the safe harbor of “MATURITY.” This talk is customized to fit the audience and their stage of development in the cycle.

THE THIRD ISLAND: THE BREAKOUT FACTOR

It takes vision for a corporation to get to the next level. It requires the skills of an “Intrapreneur” and you either
have this skill or you don’t. If you have it, you have a set of problems how to present it, sell it, and get it implemented.

If you don’t have the vision, you know who you are, but you also know you are the ones who can IMPLEMENT the vision that has been agreed upon.

I teach how to find your visionary by airing the problems and questions facing the corporation and then team up to form an unstoppable alliance.

The visionary always needs the support of those who don’t have the vision.