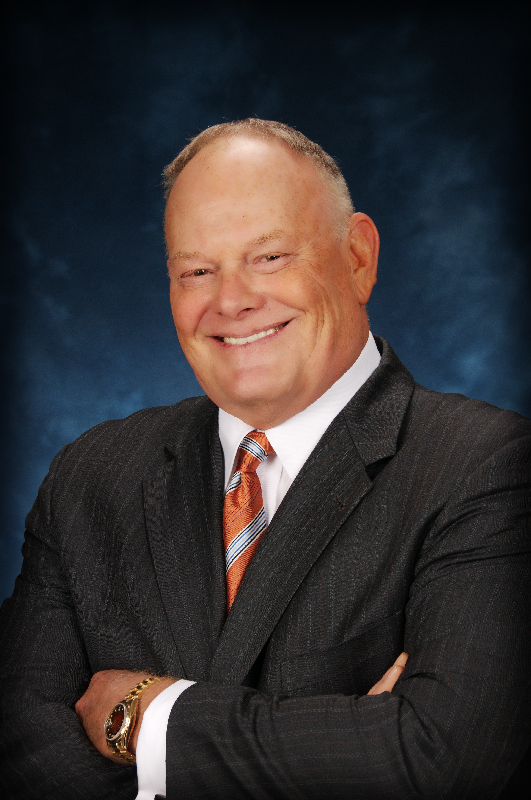 To hear Bob speak is an unforgettable experience. As he warms to his subject, he thunders forth with the ire and fire of an Old Testament prophet as he warns heads of corporations to lead or get out of the way before they destroy their organizations. I have viewed firsthand men and women in areas of leadership who have no business leading. Today is the day to look into your corporations and organizations and ask if those who are in the leadership have earned the trust and respect to lead." In his book The Power of Layered Leadership he continues: ". . . there seems to be a leadership crisis as those in charge of seemingly successful companies commit financial suicide by initiating programs and policies that put egos ahead of common sense." And "It is no longer shocking how often leaders shoot themselves in the foot—but it is amazing how fast they reload the gun and do it again!"

The ONE IRON-CLAD Rule in Corporate America - LEAD—OR FAIL

Bob was born in the tiny community of Hominy, Oklahoma, near Tulsa. In the 2000 census, one out of every five families in Hominy was below the poverty line. In 1945 the numbers were probably worse, if anyone even knew what a poverty line was back then. In any event, Bob grew up poor. No, really poor. Their family of five shared one bedroom in a 400 square foot home. Bob still likes to joke that they had to go outside just to change their mind.

In time their situation improved and as they became more affluent, they upgraded to a 600 square foot home. When Bob was four years old the family moved to Tulsa, where in time Bob attended McLain High School. By the time Bob was a senior, his family had upgraded to a 900 square foot home, and he had met the fifteen-year-old cheerleader Kay on the football field. They married four years later, and as of this writing have been together as a married couple for almost 45 years. They have three grown children, Rob, Amy, and Ashlee, and four grandchildren. But we are getting way, way ahead of ourselves, starting with the fact that Kay’s parents were not real impressed with Bob, who carried the double opprobrium of being poor and was the proud owner of a dragster. Bob and Kay did their share of sneaking around during those four years, and in Bob”s simple understatement, ‘we wore them down.’

Bob likes to say he joined the Navy Reserves because his family was so poor his Dad couldn’t afford a Boy Scout uniform for him. Scripted to be a machine gunner headed for Vietnam, Bob was pulled out of line and sent to Bainbridge, MD for six months training as a Communications Technician. He was stationed on a base in Germany remarkable mostly for its huge antenna fields, where he intercepted and listened to voice traffic of the enemy. Bob, the football linebacker, high school jock, dragster, and neighborhood tough guy, had become a spy.

For two years Bob was paid to listen to people. Bob was competitive even then, and it was him against the bad guys. It was a battle of wits; the enemy trying to lose Bob, and Bob determined to stay on their trail. The challenge was always to determine what was real and what wasn’t; what was relevant and what wasn’t. Bob was trained to listen intently and evaluate; he listened for consistency in messages; he learned to know strangers by their rhythms on the other end. He even listened to pauses, which sometimes indicated mistakes. As with so many of us at that tender age, how could he possibly know that he was getting his first glimpse at his life’s work? With a top secret cryptographic security clearance, equipped with a headset that wasn’t connected to a video game but could conceivably impact the course of world events, Bob learned to listen, and he learned to respond rather than react. He also learned that your comments are never really “off the record”, and that nothing could be withdrawn once it had passed human lips. He learned the value of being cautious; the value of “being slow to speak”.

Knowing only that he wasn’t a career guy, Bob didn’t reenlist. With his security clearance he obtained a job with North American Rockwell. With his new steel-toed boots and high dollar paycheck, he thought he had hit a home run. When he learned his job actually consisted of sanding Hound Dog missiles, he quit within two weeks. He didn’t know where his future was, but this wasn’t it. The same with his job at Sears as a fork lift operator. When he had ruined enough merchandise, they moved him to a delivery truck, and from there he moved himself out the door.

Bob walked onto the Oklahoma State University campus with a football scholarship. Over the summer however, the head coach was fired and the scholarship was withdrawn. Bob signed up for the easiest classes to get him through, including psychology, sociology, zoology, and prophetically, speech class. With over 300 students in the class, Bob would likely have been lost in the shuffle, had it not been for the fact that he was several years older than most of the students and caught the professor’s attention. Dr. Dale Stockton engaged Bob in conversation, and took him on a tour of the campus. He told Bob of all the brilliant people housed within those walls who most likely would never achieve their real potential because of their inability to communicate well. Like all great mentors and coaches, Dr. Stockton captured the imagination of young Bob, and inspired him. Bob was home at last, and knew what direction he wanted to take.

A short while later, Dr. Stockton went to Dallas to attend a conference, where he was tied up in his hotel room and his throat slit for $50 in his pocket. His legacy lived on in Bob and who knows how many others of his students. Years later Bob got a letter from Mrs. Stockton, and she wondered how many different people her deceased husband had touched. Bob, for one, knew he HAD to learn how to speak and write!

Meanwhile there were bills to pay. Kay groomed poodles to help out. The windows in the Nash Rambler leaked badly when it rained. Bob got a job selling typewriters. It was the early 70s. He learned about magnetic strip cards, the earliest precursors of the computer. These cards were used by banks to tally amounts of car loans. Bob created some 62 new programs using these magnetic strip cards and then sold them to automobile dealers and to 121 banking institutions in the states of Oklahoma and Texas. Bob’s company made a lot of money, and Bob bought his way into a position of considerable equity. There he learned another of life’s unpleasant lessons: success breeds envy. There was a blow-up, and Bob sold out and moved on. Years later Bob phrased it this way: “When you punish the producer, production will stop.”

But there was a silver lining in these events; Bob was learning that it was ideas, people, and processes that inspired him, not the doing. Creating ideas and getting them successfully to market intrigued Bob, but he never forgot that it took the entire team of engineers and technical support people to make it come together. Bob reminds his audiences today: “Because many of today’s leaders believe they hold “all truth”, they continue to lose their best and their brightest to organizations and corporations that listen to their employees’ ideas and capitalize on them.” Use them or lose them. Use them, recognize them, and reward them.

On pages 130 and 131 of his book The Power of Layered Leadership, Bob tells the story of how he started his own business, and then how he lost it all. You need to read the whole story for yourself, but here’s one little vignette from a conversation he had with his wife just before lights out one night: “Honey, sleep well tonight, because tomorrow Sears is coming for the bed.” There was this silence, and then Kay responded, “You’re kidding, right?”

Bob says life is about Recovery, with a capital R. So he says “Get a grip!” We’re going to spend more time in Recovery than in Joy. So don’t be surprised; get used to it. Every recovery gives us one of our greatest life lessons. Get away from “It’s not my fault” and move over to “How am I going to recover?” Instead of feeling sorry for ourselves, are we ready to step out and recover? When asked what his mission or calling is, Bob’s reply is “to encourage people.” He does!

Bob also refers to another skill he learned while in the Navy; responding rather than reacting. People are afraid of objections for which they feel unprepared. The solution is to rehearse your response so well, that you actually have to work at not smiling when they finally bring the objection up. According to Bob, the secret to communication is the level of self-confidence of the individual. “No one can perform beyond how they see themselves.”

On procrastination: “Our calendar shows Sunday through Saturday, but I have never found “Someday” listed.”

On the value of experience where it counts: “It is impossible to be a good coach unless you have been a player.”

On thinking big: “We must always look at outer limits, not the limitations.”

On team building: “Either learn how to use your leadership team, or get ready to see them become your competitors.”

On stifling creativity: “Once you put a lid on your leaders by barring them from the creative process, you have destroyed
the essential tool required to move any strategy forward—your leaders.”

On the consequences of killing motivation: “They will come to work or attend your meetings; you will see their bodies, but you will never have their willingness to support your ideas.”

On the rarity of thinking: “97% of all people are non-thinkers. They wake up every morning wondering how to survive while waiting on instructions on how to resume thinking.”

On excuses: “When I hear someone say they would like to be successful but don’t have the time due to their “unique” circumstances, I think “Welcome to average.””

On the importance of having a dream: “The dream is the why. Our life follows our vision, so if our vision is short and futile, our actions have no choice but to follow . . . What is going to keep you in the creative state of mind rather than the day-to-day mind of survival?”

On sincerity: “People aren’t impressed with what you know until they know how much you care.”