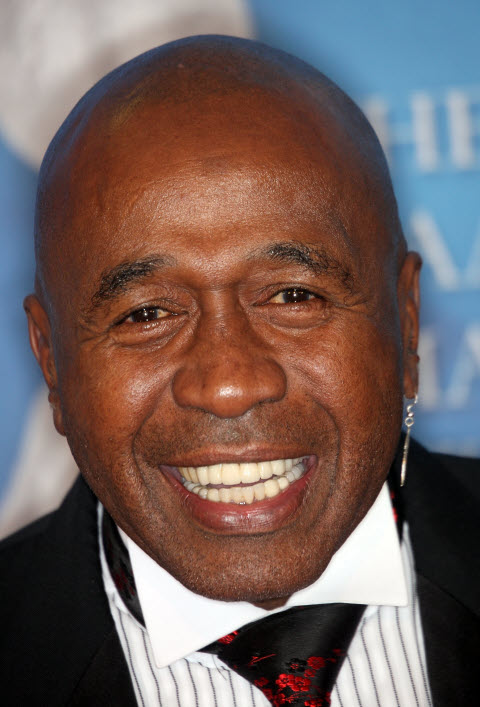 Few entertainers today are as accomplished or versatile as Ben Vereen. His legendary performances transcend time and have been woven into the fabric of this country's artistic legacy. His first love and passion is and always will be the stage. "The theater was my first training ground. It taught me discipline, dedication and appreciation of hard work and values that will stay with me a lifetime. The stage sharpens the creative instrument and encourages you to go deeper inside and try new things," states Ben. Ben speaks on Health, Wisdom, Entertainment, Strength, Inspiration, and much, much more.

On Broadway, Ben Vereen has appeared in Pippin, Wicked, Fosse, I’m Not Rappaport, Hair, Jesus Christ Superstar, Grind, Jelly’s Last Jam, and A Christmas Carol. Off-Broadway credits include the award-winning original production of The Exonerated. His role in Pippin garnered him both the prestigious Tony Award and Drama Desk Award for “Best Actor in a Musical.” Clive Barnes of the New York Post stated, “Ben Vereen, unquestionably one of the finest performances seen on Broadway.” Ben headlined with Chita Rivera in Chicago, the first Broadway production to play Las Vegas.

For over 35 years, Ben has showcased his versatility and creativity, performing countless one-man shows not only in the United States, but also Europe, Asia and the Caribbean. He was the first simultaneous winner of the “Entertainer of the Year,” “Rising Star,” and “Song and Dance Star” awards from the American Guild of Variety Artists (AGVA). He also earned a coveted spot in the Casino Legends Hall of Fame. Ben and his band are currently touring his one man shows, “Ben Sings a Tribute to Sammy Davis Jr.” and “An Evening with Ben Vereen” at top performing arts centers and symphonies around the country.

While performing worldwide, Ben’s acting credits continue to give us memorable roles that stand the test of time, such as the unforgettable Chicken George in Roots and Louis Armstrong in Louis Armstrong – Chicago Style. Ben’s television guest appearances include How I Met Your Mother, Grey’s Anatomy, for which he won the Prism Award, Touched by An Angel, New York Undercover, Star Trek – The Next Generation, The Jamie Fox Show, and many more. For Nickelodeon, Ben provided voice-overs on the show Wonder Pets! Additional credits include: Anne Rice’s Feast of All Saints (Showtime), Intruders They are Among Us (Emmy nomination), Zoobilee Zoo, Faerie Tale Theatre’s Puss N’ Boots with Gregory Hines, The Jesse Owens Story, Ellis Island (Golden Globe Nomination), Lost in London, and Salute to Liberty Special. His own network television shows are Ben Vereen: His Roots (Seven Emmy Awards), Tenspeed and Brownshoe and You Write the Songs. In the early 90’s, he released a number of well-received children’s Sing-Along musical videos.

Ben was recently nominated for an NAACP Image Award for his performance in the Hallmark movie An Accidental Friendship with Chandra Wilson. He also appears in two soon-to-be-released features, 21 and Wake Up starring Faye Dunaway and Mama I Want to Sing, in which Ben co-starred opposite Ciara and Patti Labelle. While filming Miramax/HBO Film’s Idlewild with the award-winning group Outkast, Ben also served as the acting coach for both Andre 3000 and Big Boy. In addition, Ben has been coaching the singing sensation Usher both as an entertainer and an actor. Ben was featured in the movie, On The One – Preaching to the Choir directed by Charles Randolph-Wright. Other film credits include Sweet Charity, All That Jazz, Funny Lady (Golden Globe nomination), Why Do Fools Fall in Love, And Then Came Love starring Vanessa Williams, the animated movie Once Upon a Forest, Christmas in Washington and The Painting, which premiered at the Cannes Film Festival. In 2004, Ben was nominated for a “Career Achievement Award” by the Le Prix International Film Star Awards Organization.

The lecture circuit has become an integral part of Ben’s career, as he has become one of the Nation’s most requested speakers among audiences of all ages. His strong sense of social consciousness has enabled him to reach out to his audiences and convey to them a deep feeling of understanding. His topics range from overcoming adversity, arts in education, Black history, motivational topics, recovery through physical and occupational therapy and the importance of continuing education – to name a few.

Ben’s gift of time has benefited many organizations. He has served on Ballet Florida’s Board of Directors, the American Red Cross and Sudden Infant Death Syndrome Association. In addition, he has served as chairman of several renowned organizations including the American Heart Association and the Sudden Infant Death Syndrome Association. In 1989, he spearheaded his own organization, “Celebrities for a Drug Free America,” which raised more than $300,000 for drug rehabilitation centers, educational programs and inner city community-based projects. The Community Mental Health Council awarded Ben with their 2004 Lifeline Celebration Achievement Award. For his humanitarian contributions, he has received a number of awards including Israel’s Cultural and Humanitarian Awards, three NAACP Image Awards, an Eleanor Roosevelt Humanitarian Award and a Victory Award. He has received honorary doctorates from the University of Arizona, Emerson College, St. Francis College, and Columbia College in Chicago. In 2001, Medgar Evers College created the Ben Vereen Scholarship for the Performing Arts, and in 2004, he received an Achievement in Excellence Award from his alma mater, the High School of the Performing Arts.

Ben celebrated Eartha Kitt’s 80th birthday in concert at Carnegie Hall to multiple standing ovations and in front of the Armed Forces for those men and women who have served in Iraq, truly a major highlight of his career. He performed at the Inaugural Ball and entertained at the reopening of the Ford Theater in Washington, D.C., which was attended by President Obama, and also entertained at the Friar’s Club gala honoring CBS president Leslie Moonves. Ben is leading an ongoing diabetes awareness campaign called “S.T.A.N.D.” in partnership with sanofi-aventis pharmaceuticals. This year Ben starred in the Broadway-bound play Fetch Clay, Make Man at the award-winning McCarter Theater, directed by Des McAnuff (Jersey Boys).

A journey through life of conflicts and how to get through the getting through part. The death of a child the return from an accident.

Without the arts at the forefront of our life we are a people without creativity. A discussion on how the arts play an central role in all we do.

Roots Of A People

The black experience in America from Slavery to The Presidency.

From Brooklyn To Broadway

A look into the personal journey from the ghetto to the stage and the lessons learned along the way.

How sweet life can be when you do the right thing for your health.