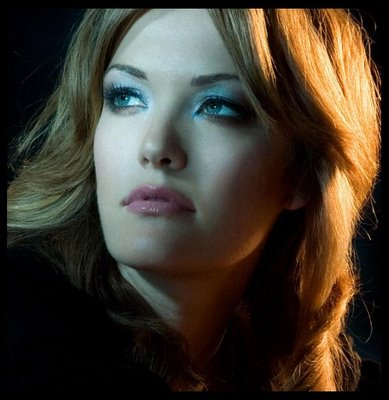 Amy Purdy has been through hardships that most of us will never face — or can even fathom. But what makes her story so incredible is not that fact that she lived a “normal” childhood and spent her high school years as a passionate artist and snowboarder then traumatically lost both her legs at age 19, but how she has persevered, taking implausible challenges and rising above them.

Today, Amy is an athlete; currently the top ranked adaptive female snowboarder in the world, she’s a spokesperson, inspirational speaker, model, advocate and spokesperson for Element Skateboards amongst
other companies. Amy also spends a good amount of time helping others specifically those with physical challenges get involved with snowboarding, skateboarding, wakeboarding and other action sports through the organization she co-founded Adaptive Action Sports.

Challenging herself while making a positive impact on the world is a true
testament to Amy’s spirit.

Amy Purdy grew up with a deep-rooted sense that her life would have a purpose that would have an impact on others but she never knew what was waiting for her around the corner.

At the age of 19, after experiencing flu-like symptoms, she was rushed to the hospital in a state of septic shock. En route to the hospital, Amy experienced respiratory and multiple organ failure which caused Amy to lose circulation to her extremities. When entered into the hospital she was given less than a 2% chance of survival, put on life support and into a coma. After multiple blood transfusions, the removal of her ruptured spleen doctors diagnosed Amy with Meningococcal Meningitis, a vaccine preventable bacterial infection. Due to the lack of circulation she had suffered at the beginning of her ordeal, doctors had to amputate her legs below the knee. She also received a donated kidney from her father a week before her 21st birthday.

After going through this life-altering experience, Amy challenged herself to move on with her life and attain goals that even people who have both legs struggle to achieve. Just 3 months after her kidney transplant, Amy entered the USASA national snowboarding competition where she won medals in three events. She went on to be the first double leg amputee competitive snowboarder and in February 2011 when she won two back to back world cup snowboard competitions, currently making her the top ranked adaptive female snowboarder in the world. Amy’s creativity, positive outlook and her never give up attitude has opened doors to many other opportunities for her including a feature in a Madonna music video, a lead actress in an award winning independent film and multiple creative modeling projects including a recent photo shoot with musician and artist Nikki Sixx where her legs are custom made from steel to look like ice picks. The image was recently published in his new book “This is Gonna Hurt”. Amy is a spokesperson for multiple charitable organizations and companies including the Challenge Athletes Foundation, Flora Health and the pharmaceutical company that makes the Meningitis Vaccination Senofi Pasteur. She is also an inspirational speaker and an advocate for Element Skateboards and Element Eden where she has her own signature denim and is currently collaborating on a line of clothing based around wellness, movement and style.

Amy’s story and images have been featured in numerous national and international publications including features in Women’s Health Magazine and an award winning feature in Muscle and Fitness ‘Hers’. Amy was also recently featured on Last Call with Carson Daly and was a feature on the 2010 CNN Breakthrough Women Series.

Although Amy has many accomplishments, her most significant to date is in the creation and development of the action sport organization; Adaptive Action Sports. In 2005 Amy and her partner Daniel Gale founded the non-profit organization to help youth, young adults and wounded vets with permanent disabilities get involved with action sports including snowboarding, skateboarding, moto x and all action sports. AAS is partnered with ESPN and runs “adaptive” action sport competitions at the summer and winter ESPN X Games. AAS is currently working hard to get snowboarding into the 2014 Paralympic Games. Amy believes that action sports build independence and self-confidence in individuals of all abilities and has played a significant role in the action sport movement within the disabled community. Amy plans to continue challenging herself with her athletic and artistic passions while helping others do the same.

1) Attitude – Amy Talks about attitude and how it’s our perspective that creates the world that we live in.

2) Innovation – Amy talks about innovation and how challenges and obstacles can either stop you in your tracks or force you to get creative.

3) Motivational – Amy’s story of losing her legs and how she learned to push off of her obstacles and thrive as a professional snowboarder, entrepreneur and philanthropist.

4) Vision/purpose – Amy talks about how visualization and power of imagination leads to innovation and purpose.

5) Stress – After losing both legs, kidneys and the life she knew, Amy is able to give an insight on stress with humorous stories and real life techniques to manage it.